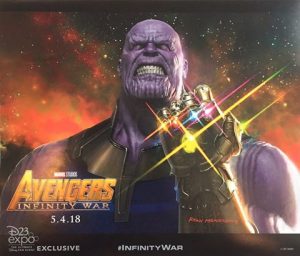 Holy cow! D23 keeps the hits coming, this time with Infinity War footage! Now, I wasn’t there, wish I could have been, but I hear the trailer has Thanos throwing a planet at the Avengers and Thor running into (literally) the Guardians of the Galaxy! And let’s not forget that Josh Brolin, Thanos himself, confirmed and introduced the Black Order! (Not the Fantastic Four, sorry guys. Although, three guys, one notably larger, and one girl, so I don’t blame the speculators on this one.)

There’s Corvus Glaive, Proxima Midnight, Ebony Maw, and Black Dwarf. I hate all of them (blame Future Fight for that) but they’re villains, and we’re supposed to hate them, so that’s good! I can’t wait until they reveal this trailer to the public, and I’m glad they’ve finally confirmed the Black Order. So what do you guys think? Let me know in the comments and keep it on Face Front for more breaking news in the MCU! 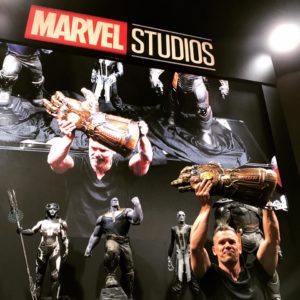