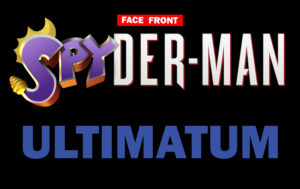 If you follow Face Front on Twitter, then you might realize that I have just openly challenged Insomniac Games! Like a lot of you True Believers out there, I missed my chance at a Collector's Edition for Marvel's Spider-Man PS4, and Insomniac isn't planning on making more! So, I issued an... ultimatum of sorts.

This is for you True Believers: If @insomniacgames vows to produce more copies of the #SpiderManPS4 Collector's Edition, I'll start a new game on my PHYSICAL COPY of #Spyro 2 Ripto's Rage, and it will be the ONLY game I play until I 100% it! Do you accept the #SpyderManUltimatum? pic.twitter.com/gtyr39WjxK

If they agree to make more, I'll fire up my physical copy of Spyro 2: Ripto's Rage (which is actually my first ever video game) and it will be the only, I repeat, the ONLY game I play until I complete it 100%! I'm talking Dragon Shores roller coaster and unlimited super breath baby! Will Insomniac accept? The ball is in their court! Stay tuned True Believers, this could get very interesting! Let the Spyder-Man Ultimatum begin!

1 thought on “I Challenged Insomniac! Game On!”