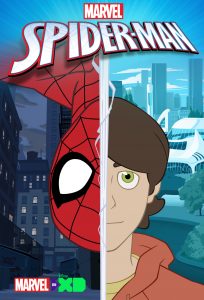 So Spidey’s been put through the wringer quite a few times on TV. Everyone has their favorites, people tend to lean towards either Spectacular Spider-Man or the 90’s series (it’s 90’s for me, but Spectacular is a close second!). Then there’s Ultimate Spider-Man. Now, Ultimate Spider-Man definitely has its episodes. The season 1 finale pitting Spider-Man against the Green Goblin, the Spider-Verse and the Return to the Spider-Verse, responsible for animated debuts of Miles and Spider-Gwen respectively. And for some reason, I really like the Iron Spider episode (real early season 1). But for the most part, I admit Ultimate was inferior to previous incarnations. And you all know why, so I won’t get into all that.

But Ultimate Spider-Man is gone, thankfully with an actual (and full circle) ending, which is more than most cartoons get these days (*cough* Earth’s Mightiest Heroes, Tron, Thundercats, Young Ju- oh wait… never mind). Now they’ve got this new show, simply called Marvel’s Spider-Man, conveniently coming out around the same time as Homecoming. Now, I have to say, I like what I see so far. Here's the clip:

So apparently this is the first of six shorts telling Peter’s origin, similar to what they did with Secret Wars earlier this month. They name dropped a ton, so let’s dig in. 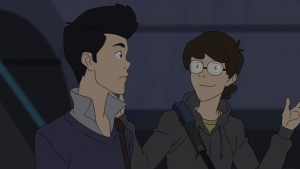 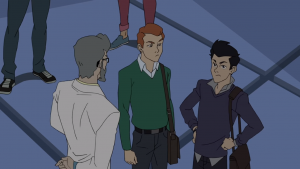 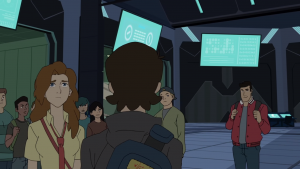 Now, I like the animation just fine, some people were complaining about it in the Scorpion clip (Found Here!) but I think it’s fine. Peter is nerdy, which is good. And the tone of the show seems perfect. I’m gonna wait on the other five parts to come out, but I’m already excited. I’m a little upset that we still don’t have a release date, but let’s hope it’s soon!

So what are you guys thinking? Comment below, let’s talk! New Spider-Man show, yay or nay? Let me know!