A new Defenders trailer is here right of Comic Con! And this time we get a clearer picture of what's going to bring our street-level heroes together. Sigourney Weaver is brainwashing a newly revived Elektra into taking her position in the Hand, which we learned she was destined for in Daredevil season 2. I really like the shock in Matt's voice when he realizes she's alive, and it looks like he's going to attempt to connect with her (we'll see how that turns out).

I think it's also worth noting the chemistry between all of these guys. Aside from Luke and Jessica, we haven't really seen any of them together. And even that has a complication since the last thing Luke said to Jessica (of his own free will, aka un-Kilgraved) was calling her a piece of poo. Which wasn't cool Luke. But that tension was illustrated, even in a short moment, with Luke calling after Jessica as she walks away from him, right when Sigourney suggests that their alliance is temporary. 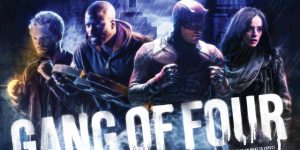 But the nice little comedic interactions between them are wonderful, and Jessica's cynical attitude is a great foil to all of them. The way she discounts Danny's energy as being Chi and makes fun of Daredevil's costume is welcome levity in an otherwise dark corner of the MCU. And I have to admit, I felt a little sorry for Matt when Luke didn't want a hug! Not cool Luke!

Also, it looks like everyone from Foggy to Patsy, and Stick to Bakudo are back to play supporting roles, and I think that's actually an advantage the shows have over the movies. Think of it this way, a movie is only so long, so when the first Avengers happened, and everyone was asking "Where's Rhodey?" and "Why isn't Jane Foster there?", the answer is simply there wasn't enough time to get them all in. But in a show, you can have Colleen Wing in one episode and Misty Knight in the next. I think it's a rewarding payoff for five seasons of following not just the heroes, but their amazing friends as well.

The Defenders is coming to Netflix August 18. Until then, this fun little New York Bulletin website should curb your anticipation a bit: http://nybulletin.com/ 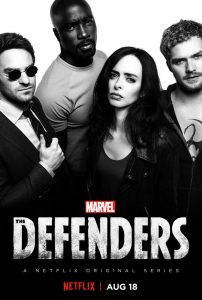