Now I can pre-order the game in good faith knowing that Spider-Man is confirmed! Comic Con kept the hits coming with the reveal that Spider-Man, Frank West, and Nemisis (you know, that big immovable tank character) are in the game and a new creative stage combining A.I.M and Umbrella! Get ready for some Crawler Assault and Maximum Spider! Also there's a new special with cameo from a longtime Spidey villain! And we got a first look at the Mind Stone, which apparently maxes out your special meter. Very helpful I'd say! Marvel v.s Capcom Infinite launches September 19! 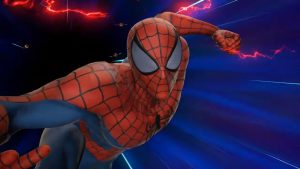