Alright, Spider-Man: Homecoming is out, and you’d better bring an Easter basket because the Easter Bunny was hopping all up through this movie! So, strap up, and let’s jump in! Oh yeah, and SPOILER ALERT!!! 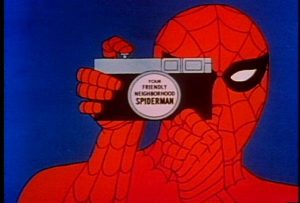 Wealth and fame, he’s ignored, action is his reward. Look out! Here comes the Spider-Man! Not only did we get an awesome Michael Giacchino orchestreal version of the classic theme in the beginning, but Spider-Man left notes on the criminals he caught just like a good Friendly Neighborhood Spider-Man would! 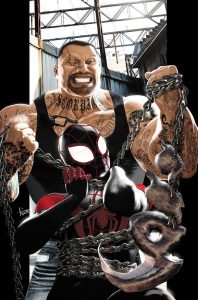 Mac Gargan, aka the Scorpion, played a small role in this movie, but I think he’s more there as a token for what’s to come. I like the fact that for those who didn’t catch the name Mac Gargan, they basically telegraphed it by giving him a scorpion tattoo on his neck (and the scarring on his face more reminiscent of Ultimate Scorpion). Even with his small amount of screen time, Gargan came across as menacing and a bit scary (talking about slitting poor Spider-Man’s throat!) I’m excited to finally see Scorpion on the big screen, and I’m ready to meet his ‘friends on the outside’. *Cough, Sinister Six, cough*. 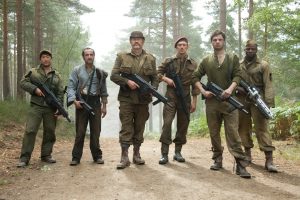 Midtown High’s principal is Mr. Morita (I heard it in a voicemail  from Michelle in the Spider-Man Homecoming app… I have no life). We know that Captain America had an old war buddy named Jim Morita, a member of the Howling Commandos! Jim Morita and Principal Morita are both played by the same actor. Which probably explains the black and white photo and war medals for old Jimmy posted up in Principal Morita’s office. It’s quick, so make sure you catch it! 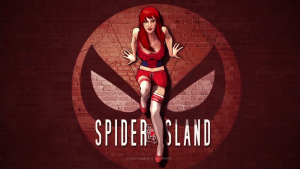 We had Betty Brant reporting the news Daily Bugle style, although she looked a lot like Gwen Stacy. We had Liz Allen, with a surprising twist, although she married Harry Osborn at one point in the comics, so having a villain as a father isn’t a far stretch. And we also had Michelle come out as MJ. Not Mary Jane, but MJ. I don’t know, we’ll see what they do with her, but I really do want the classic Spider-Man and Mary Jane relationship. So maybe, now that she has friends, MJ will come out of her shell a bit more and grow into the party girl we all know and love! Oh, and the Asian girl on the Decathlon team is listed as ‘Cindy’. Hm… *Cough, Silk, cough!* 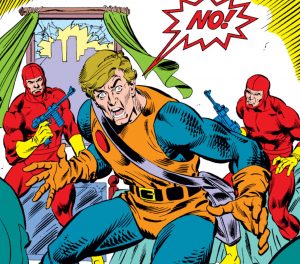 Another one of Peter’s friends that had the unfortunate disposition of becoming a Goblin, and paying the price. Well, let’s hope that never happens, because Ned is a great guy in the chair! 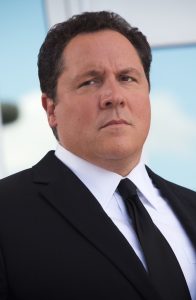 This isn’t really an Easter egg more so than a callback, but in the car when Tony and Happy are dropping Peter off at home, Tony states that Happy used to be the Forehead of Security, which was the joke he made in Iron Man 3 when Happy, not knowing how to work an iPad, was holding the camera up to his forehead. 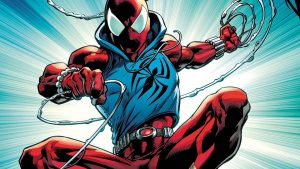 This suit just screams Ben Reilly. We’re all thinking it! Might as well just say it! 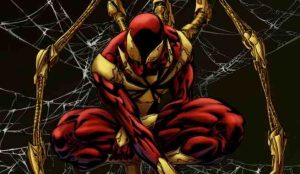 It looked a lot different, but the suit Tony presents Peter with in the end of the movie, along with an offer to become an Avenger, is indeed the Iron Spider. I have a feeling Peter will be donning that suit when Infinity War rolls around, but until then, he’s gonna just go ahead and be a Friendly Neighborhood Spider-Man. 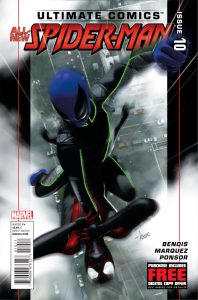 I’m going to write an entire article on Donald Glover and his relation to Miles Morales, but it’s good to see that they cast him as Mile’s Uncle Aaron Davis, who is also the villain known as the Prowler in the Ultimate comics. I’m also glad he mentioned his nephew, more or less confirming Miles’s existance in the MCU! 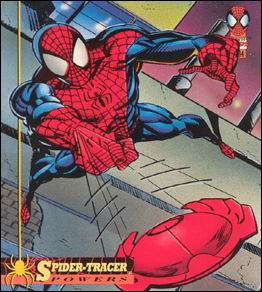 When Shocker comes to Midtown looking for the Chitauri power source Spidey swiped, Peter narrowly avoids them, and tags Shultz with a tiny little mechanic spider that allows him to track them to Maryland. These are classic Spidey Tracers, used often in the comics and 90’s series but never in the movies… until now! 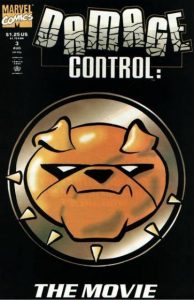 Dwayne McDuffie, a minority comic creator and huge inspiration to me, created Damage Control, the guys who clean up the messes superheroes tend to make. It’s good to see it get some love in an MCU movie since the TV show is apparently MIA. There was a passing mention of it in Iron Man 1, but here it is in full force! All they’re missing is the bulldog logo!

MCU Here and There

Just a bunch of little sprinkled MCU bits cementing Spider-Man into the Universe, here’s a few of them:

Now, there's a big one, right at the end where where Spider-Man is trapped under the rubble, but I can't tell you yhat because it would spoil the trivia question for my Spider-Man Homecoming Podcast, so... I guess we'll end here! Were there any I missed? Let me know in the comments below, and stay tuned for more from Spider-Man Homecoming!